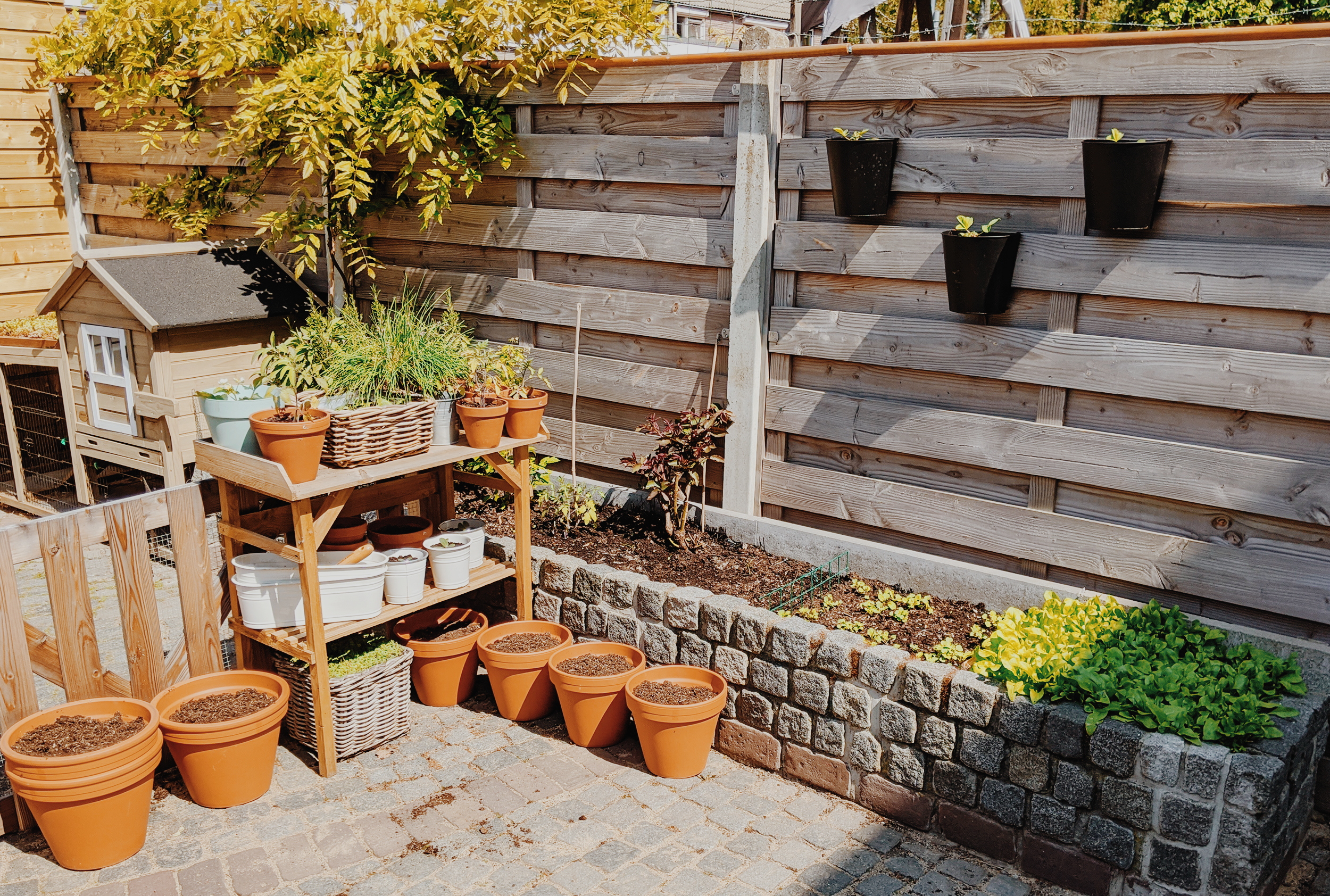 One of the things I love most about the Spring season is being able to start my vegetable garden again. Ever since we moved to a house with an actual garden I found out that I really like gardening. And while I’m certainly no expert, I like to share my progress with you. So here’s a blog about my Vegetable garden – part 1.

I started by getting all of the weeds out of the ground and mixing it with Pokon Vegetable Garden Fertiliser so it would have plenty of nutrients for my new plants. You can see the top of the rhubarb in the middle. And my herbs that I planted last year needed some TLC too.

I put my strawberry-babies a bit higher up, last year the mice beat me to the strawberries every single time. And up here they get more sun too! In the small square you see on the second photo I seeded spinach. I put a lot more seeds in the ground than “one per 15cm2” but I don’t have that much space and I want to see what happens if I plant more.

And last but not least, I planted 2 different types of tomatoes. They’ll have to stay inside for now because it’s way too cold outside. If everything goes as it should they should grow small cherry plum tomatoes and big Marmande tomatoes!

A small update: It’s been 8 days since I’ve sown my tomato seeds and they’re already starting to sprout! The rhubarb is growing like crazy too, as is my raspberry plant. I feared it hadn’t survived the winter but it’s growing a lot of new leaves.

Both the tomatoes and the spinach are really doing their thing! The first tomato-plants are starting to grow their first leaves and although the spinach looks like grass, it’s a really good sign so many are poking out already!

I also planted a new mint plant, since I managed to kill last years plant, oops! And the empty-looking square has been sown with rocket/arugula seeds, I’ve never grown those myself but it’s supposed to be pretty easy.

The raspberry plant is already getting its first flower-buds!! It would be so cool to have my own raspberries this year. On my potting-station you can see a lot of flowerpots. I planted a new chive, 3 different types of pumpkins (regular orange, Hokaido and Butternut) and zucchini seeds.

The bigger plant left of the potting-station is a bramble plant, I’m going to put that in the garden soon because it’s getting too big for its pot.

All 3 of my pumpkins are doing great! An unexpectedly almost all of the seeds are sprouting.. Oops, I didn’t count on that since only 2 of my 6 seeds sprouted last year. Luckily we still haven’t put any new plants in our frontyard, so I’m going to put some of the pumpkins there.

The zucchinis are doing amazing too, the big pots are ready for them to each get their own home haha. I don’t know what it is this year, but almost every seed seems to work. We do love zucchini though, we eat it multiple times a week so I don’t mind having a ton of zucchini plants at all.

The tomatoplants are big enough to move outside too. I know it’s a bit too early but they’re getting so big they’ve earned their own homes.

And do you see the spinach? It’s been growing like crazy in the last month! This is the first harvest and there’s still so much left! I don’t regret planting them so close to each other at all, they seem to be doing great!

In the second photo you can see the rocket/arugula sprouting too. They look like clovers now haha, but I guarantee you that it’s not. I hope they’ll do just as well as the spinach.

That’s it for the Vegetable garden – part 1 update! I hope you liked seeing my veggies grown. I’ll do another blogpost soon. I want to do one every 2 months so you can expect another one at the end of June. But if you want to follow the progress in the meantime come follow me on Instagram: @oktoberdots!