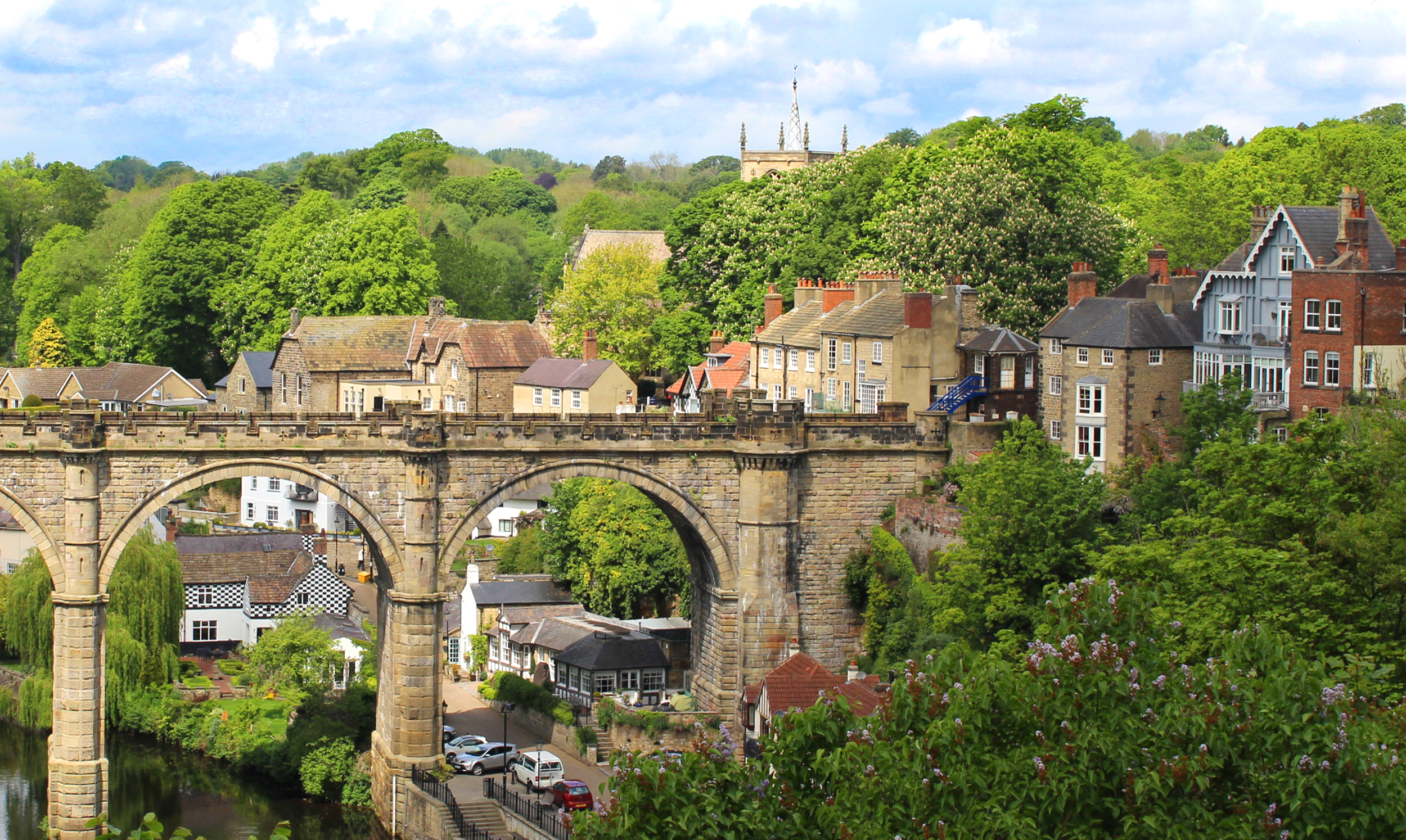 In May of last year we went on one of my dream vacations! A roadtrip trough Northern England. And it was everything I hoped it could be. We got a taste of what’s in my opinion the real English country side.

I can talk for ages about how pretty it was, how many great castles and villages we visited and so on, but I’m just going to show you the photos of the places we’ve visited with a small bit of commentary.

It wasn’t a pre-made tour by the way, we booked everything ourself. From our flight, to our rented cars and all the hotels. This way we got to go exactly where we wanted, when we wanted!

Day one we started in Leeds, my brother-in-law showed us around and we walked 11 km on one day, so we saw a LOT of Leeds! It has beautiful old buildings and 7 amazing arcades with all their own types of shops. We had lunch at the Pie Minister, it’s a chain but they have really really good pies! And afterwards we had dinner at Zaap, a great Thai restaurant.

The next day we went to a nearby town called Knaresborough and it was so beautiful there! A lot of nature, a river where you could hire a rowing boat and lots and lots of cute cottages. Knaresborough is a place to really relax and go for a stroll, but the town also has a lot of history.

Sheffield was the next place on our planning. Not really a city to our liking, but we needed to buy some things we forgot to pack and they do have a lot of shops! Unfortunately it was raining all day, so we spent our afternoon in a great pub called “Riverside Kellham“. And after that we went for dinner at Pitcher & Piano where we had a great vegetarian Sunday Roast. I love eating (vegetarian versions of) traditional food, so yay!

And then it was time for York! A city that I’ve been wanting to visit for so long and it did not disappoint. We started with a visit to the York Castle Museum, which is really not a regular museum. They built an entire old version of York inside with all kinds of shops and businesses, so fun to see!

After that we went to the highlight of York: The Shambles. Or just Diagon Alley in real life, because this street feels really magical and there are tons of Harry Potter shops. But also a lot of other great shops like a curiosa shop where we stayed for about 2 hours. And at the end of the street there’s a shop that sells one of the best fudge I’ve ever tasted.

We stayed at the Staycity Aparthotel on Paragon Street, which I can really recommend. They have nice, clean rooms, plenty of parking space and you can walk into the city center in a few minutes.

On the way to our next destination we decided to take a little detour and visit Castle Howard. An amazing estate with incredible gardens, a giant palace and two side buildings that are castles all by itself. We didn’t enter the palace because, again, the admission price was pretty high, but just roaming around on the castle grounds was beautiful too.

Our final destination of this day was Durham. I thought York was beautiful, but Durham is definitely worth a visit too! They have a beautiful castle you can visit with a guided tour, we weren’t allowed to take photos inside because the castle is used as a university these days, so there were students inside. But it looked amazing!

We also visited the cathedral that was across the castle and when we walked in there I was very, VERY happily surprised. Those corridors, the great arched windows, the old fountain in the middle of the patio… It was a Harry Potter film location!

After sight seeing we went to a bar for snacks and drinks. It turned out to be happy hour, so beers turned into cocktails and we stayed at Love Revolution the rest of the afternoon, drinking, snacking and playing Yahtzee!

Today is our longest drive, from Durham to Ambleside through the amazing English countryside. With it’s glowing hills, dry stone walls and sheep everywhere it was an incredible drive.

Ambleside itself wasn’t really all that much. But luckily Lake Windermere is very close and we took a boat to the town across the lake, Bowness-on-Windermere. This town has a lot more life in it, so if you plan to go this way I’d recommend staying here in stead of Ambleside. We didn’t have much time in Bowness-on-Windermere because the last boat back to Ambleside was at 17.00 h, but we did have time to visit The Cornish Bakery and have the best cornish pasty I’ve ever eaten!

Next on the planning was Grassington, we knew this town was not much more than a pretty picture, so we took a long detour through the amazing Yorkshire Dales. But before we left we decided to pay another visit to The Cornish Bakery and get some food for the road.

There was no shortage of sheep today! It’s great that most sheep are super curious so they always look directly at the camera which makes for a great photo haha.

Grassington itself was just a pretty, quiet town, nothing wrong with that. We stayed the night at the Black Horse Hotel, which had a pub, so we spent the evening there. Just playing games, drinking beers and eating pub food.

Yes, another detour for another castle today! Before heading to Lancaster we visited Skipton and Skipton Castle, another lovely, typical English village with an awesome castle. The castle is over 900 years old and almost perfectly preserved!

The next stop was Lancaster. Now I’m not very picky about our hotels, we mostly stayed at hotels above pubs or other small hotels. But this one at Lancaster was horrible, by far the worst of our roadtrip through Northern England. It’s called “King’s Arms Hotel” but the only royal thing about it was the entrance. Our room smelled of mold and bleach and everything was not only dated, but just gross. I’m going to let the photos speak for itself. I had the idea we were the only guests in this part of the hotel and I have no idea why they would put us in a place like this.

Luckily the rest of Lancaster was very nice! Again we walked up to the castle, but this one was an actual court room so we weren’t allowed inside. It was still very pretty though. In the evening we went to The White Cross pub for as long as we could to avoid spending too much time in the room.

The second to last stop of our roadtrip through Northern England was Liverpool. After all the small, old towns this was really something different! A lot of young people, modern shops and fancy restaurants. We just walked around town all afternoon and went for dinner at this very cool restaurant called The Alchemist.

One thing I still wanted to do is have a Bottomless Brunch at least once during our roadtrip through Northern England! They advertise it in almost every city in England, so when we got to Chester we finally had our bottomless brunch with unlimited mimosas at All Bar One Chester and it was great!

After the brunch we went sight seeing in Chester. This city is incredible. It’s so pretty with all of its beautiful half-timbered houses. Not only the city center is beautiful but these houses can be found all through the city.

Today we fly back home to the Netherlands. We depart from Manchester airport but after days of walking we’re really tired so instead of exploring Manchester for a few hours we decided to put our car to work one last time and drive through the country side one more time.

We’ve had an amazing vacation and I hope you liked seeing a bit more of it. Maybe you’ve even found some inspiration for your own vacation. If there’s anything more you’d like to know about our Roadtrip through Northern England, please feel free to leave me a comment below and I’ll do my best to answer it as best as I can!

Pumpkin sp-ICE latte 🎃 the iced version of a no

A little Autumn on your feed on the hottest day of