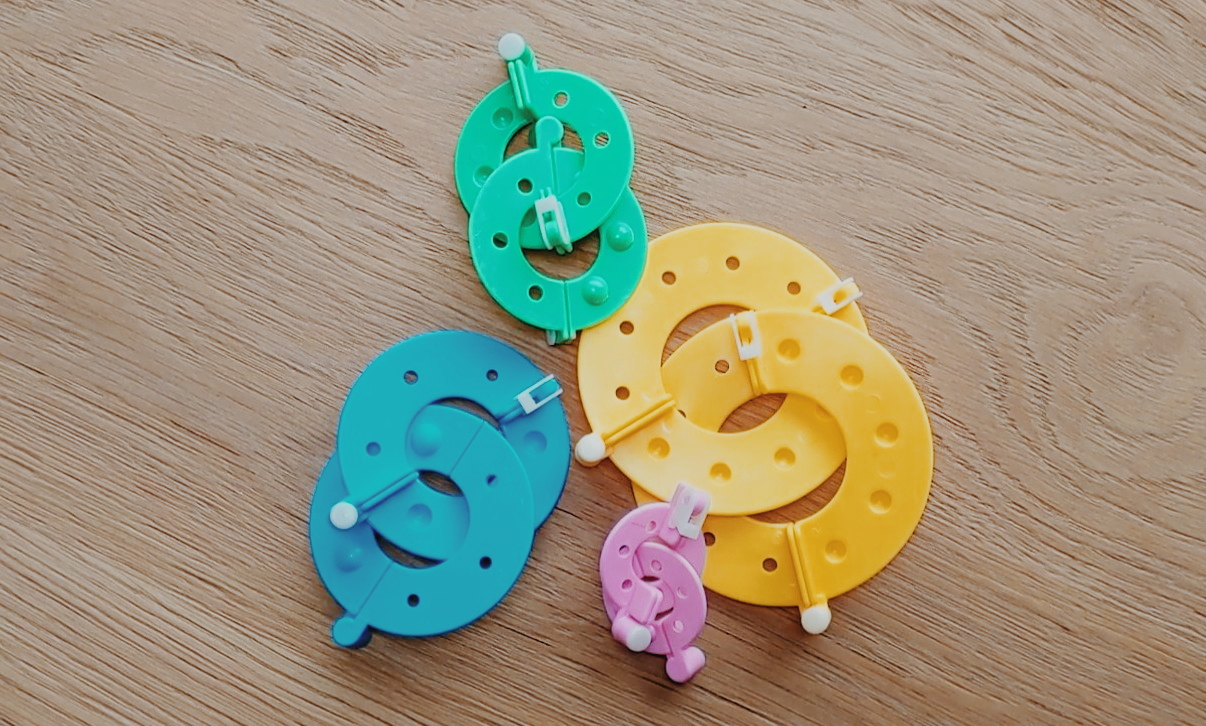 Last week I bought a set of pompom makers because I’m doing a few projects with pompoms. And after showing it on Instagram I got quite a few question from you about it. So I decided to show you guys how the pompom maker works!

It’s kinda scary, because I filmed and edited my first ever video yesterday! Instead of lots of pictures and text, I figured I’d just show you how the pompom makers work. So here it goes!

And that’s it! Now I’ve fast-forwarded a couple of scenes. But it really doesn’t take more than 10 minutes now to make a pompom. I’d really recommend these pompom makers!

One of the best things is that you don’t have to cut a piece of string and hope it will be long enough because you can just leave the entire ball of wool attached. And another great thing is that you don’t have to pull the entire string through a hole that gets smaller and smaller. With this pompom maker you can make small motions instead of using your whole upperbody haha.

Where can I get a Pompom Maker?

I don’t know if they’re available anywhere in an actual store. But you can get them pretty much everywhere online. These are the models I have:

I know there are different kinds as well, but I haven’t tried those and I couldn’t imagine them working better than the ones I have now. They come in a set of 4 different sizes so that’s perfect for all kinds of projects! I’ve used all but the biggest one yet.

What are you going to do with all those pompoms?

One question I keep getting asked is “What are you going to do with that many pompoms?”. Well.. that’s a question for another time! I have a lot of fun DIYs planned with pompoms, so you’ll see those on here soon enough.

Hello! I'm Babet. I live in The Netherlands with my husband, our two bunnies and a our pretty kitty. I'm obsessed with tartan, pumpkins and anything autumn. But I also love food, traveling, reading, Harry Potter and crafting.
So a little bit of everything really.

If you could grow any fruit or vegetable plant, wh

Two weeks ago I made rhubarb jam and today I final

The quality of my hair is still horrible, but with

I'm in love 🖤 Yesterday I approached Iko for t