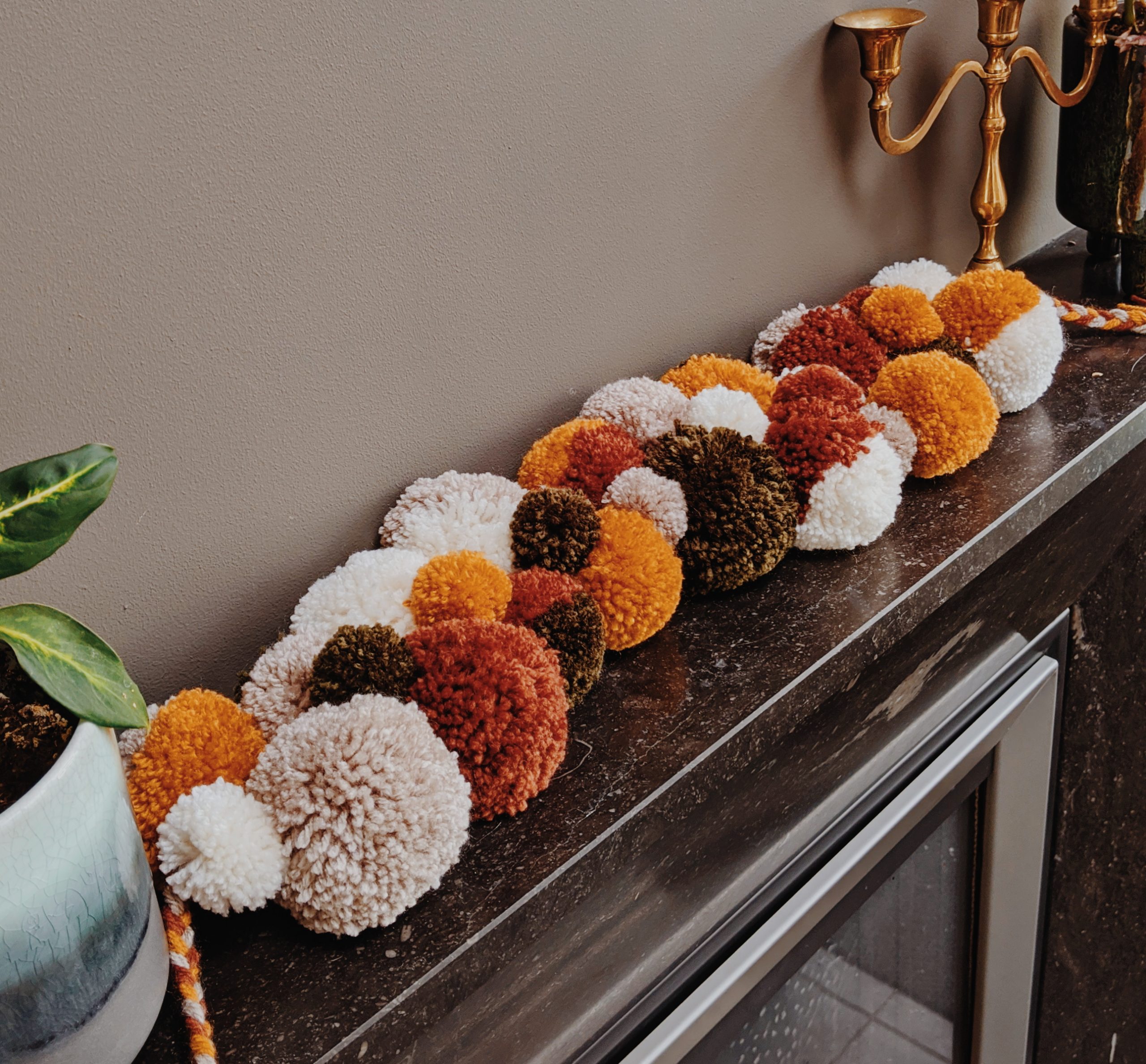 Some of you have been asking why I’m making so many pompoms. Well, one reason is: I just like making them while watching Netflix or a movie. The other reason: this cute pompom garland!

There’s just something really soothing about making pompoms. You don’t really have to think, you’re just wrapping yarn around a circle. A paper one if you want, but I’d definitely recommend using these pompom makers if you’re smart!

You can make this cute garland of pompoms as big as you want. I made all pompoms with the 2 medium sized pompom makers. Some in one colour, some in 2 colours. Just make it however you like!

This is what you need to make your own pompom garland

As many pompoms as you want and a braid to attach the pompoms too.

Put the pompoms alongside the braid to get them in the right order before tying them to it.

Pull the strings of the pompoms through the braid to attach them firmly and make sure they won’t move. I started from the middle of the braid so the pompoms are divided evenly.

After tying all the pompoms to the braid, this was the result:

But it was still a bit empty so I ended up making 10 more of the smallest pompoms and added those between the biggest gaps. The result is a really cute, full pompom garland!