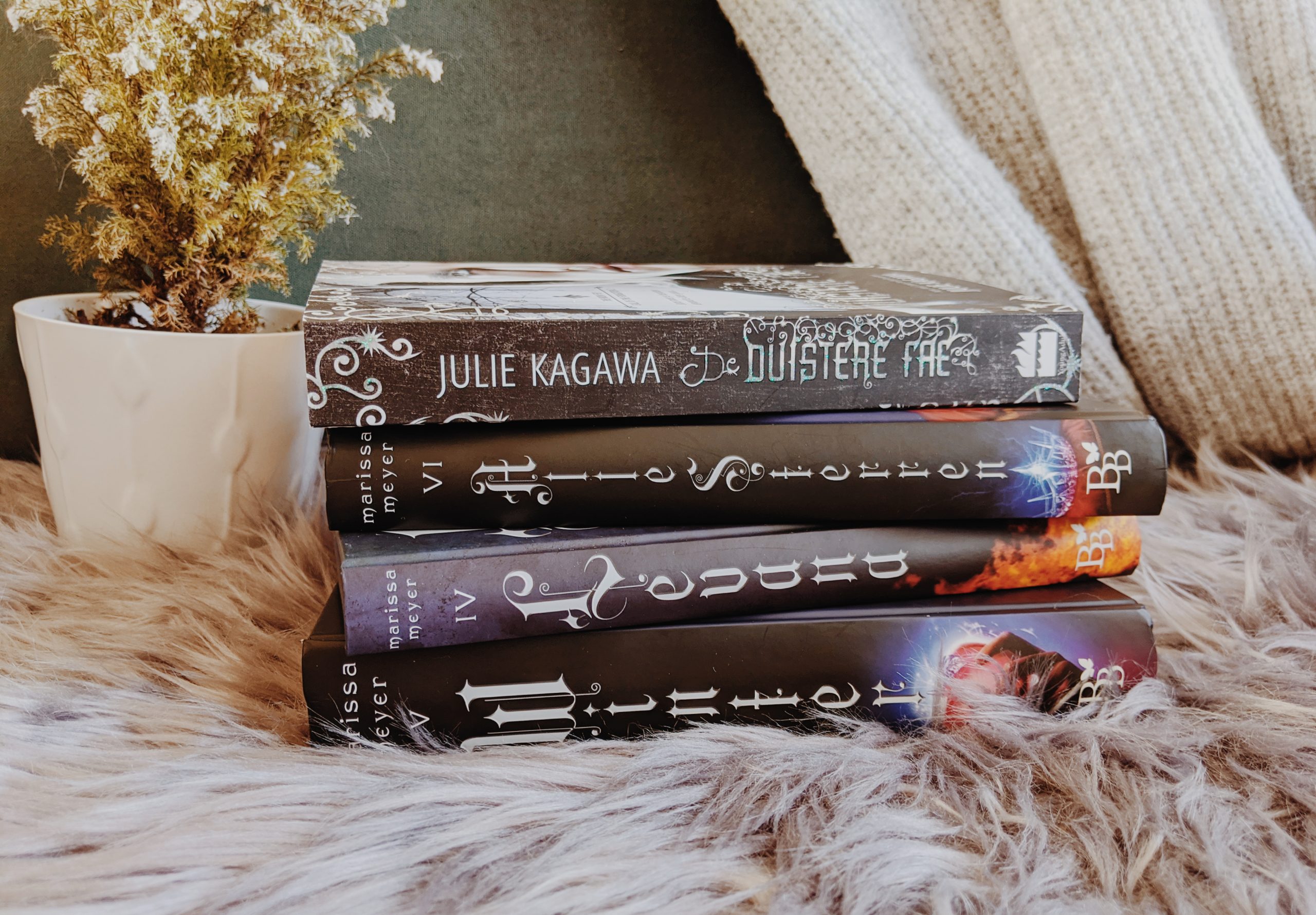 I thought it would be fun to start sharing the books I’ve read each month. Now I’m definitely not a book-critic, but I love reading and I finish multiple books each month. Today I’ll share my January Reads.

Some books you’ll see will be in Dutch, others in English. But if I post about a Dutch book and it was also published in English I’ll always mention both titles.

My January reads were all about finishing book series. I’ve read 3 books from the Lunar Chronicles: Winter, Levana and Stars Above/ Alle Sterren.

What is it about: For those of you who haven’t heard about the Lunar Chronicles yet: The Lunar Chronicles is a series of young adult science fiction fairytales. Each book tells a sci-fi twist story, based on an old fairy tale, including Cinderella, Little Red Riding Hood, Rapunzel, and Snow White. The story takes place in a futuristic world where earthens, cyborgs, androids, and a race of moon colonists all have to try and coexist.

The books are super well-written. There are definitely references to the fairytales they’re based on, but it’s very lightly. It’s definitely not like you’re reading the old tale. One thing I love most about these books is how great the character development is. You’ll learn more and more about each character and love them more because of their history. But also about how they develop themselves in this story. I’d really really recommend this book series, it’s one of my new favourites!

The Iron Fey: Call of the Forgotten

The fourth book I read last month was the second book of the book series: The Iron Fey: Call of the Forgotten – The Iron Traitor / De Duistere Fae.

What is it about: Call of the Forgotten is a spinoff series to the original Iron Fey series (which I also read and can highly recommend! Read it before you read this series because while the story is separate, you need to know what happened in the first books to really get it).

In this series you follow 17 year old Ethan Chase as he gets involved the world of the Fey (again). Ethan grew up with a distaste of Nevernever because of his older sister, Meghan Chase. (If you’ve read the first 4 books you’ll know why.) This time he must face a challenge to help protect the world he wanted nothing to do with as well as his own world.

While I loved the first 4 books of this series, the original Iron Fey, more, the spinoff books are still great! It’s an easy read with not an overly complicated plot and the world building is great. What I love most about these books is the return of some of my favourite characters from the original Iron Fey series. They made the story familiar, but the setting was so different that it doesn’t feel like the story repeats itself. I can’t wait to see where the story goes and how it will end. A great read if you want to read something light!

So that’s it! My first book-post. It’s not super long or anything, but I hope you liked seeing what my January reads were and I’ll post about it again next month!

Things I’ve been wearing this winter