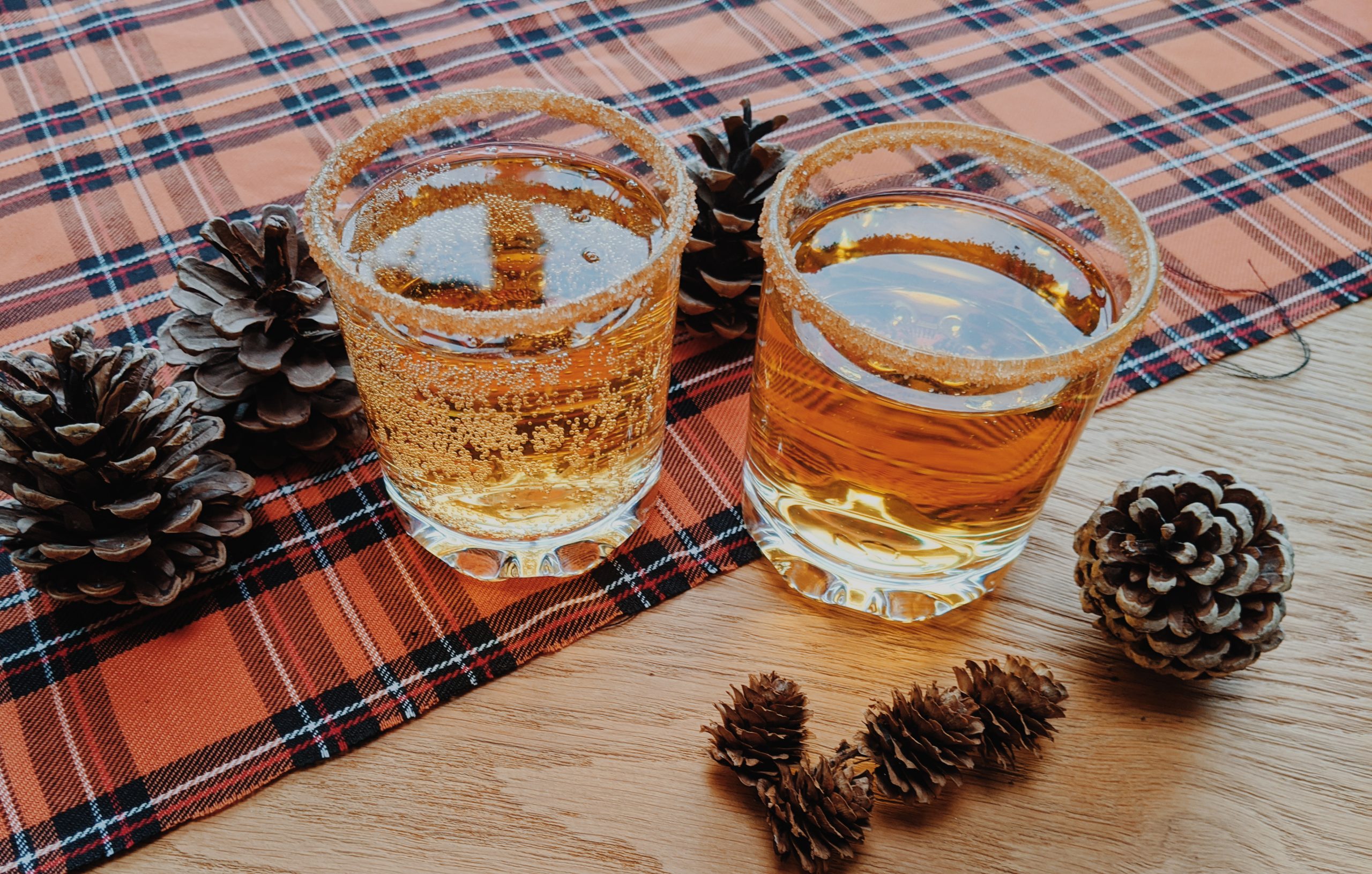 I love me a nice drink, especially if it’s autumn themed and I can tell you al though it’s drink tastes great in all seasons this Autumn Apple Cocktail brings all the fall flavours!

Another big plus about this cocktail is that it’s very easy and cheap. You only need 3 ingredients: Martini Bianco, apple juice and ginger ale. Just mix those 3 to taste and you Autumn Apple Cocktail is done!

Now I said I like drinks, and I do. I just don’t want them to taste (strongly) of alcohol and this one is very subtle. You could even leave out the Martini and have a virgin drink that even the kids can enjoy that almost tastes the same.

For an extra festive effect I decorated the rim with cinnamon sugar. Just dip the rim of the glass in lemon juice and after that dip it in cinnamon sugar. The cinnamon taste adds even more of an Autumn feeling with each sip!