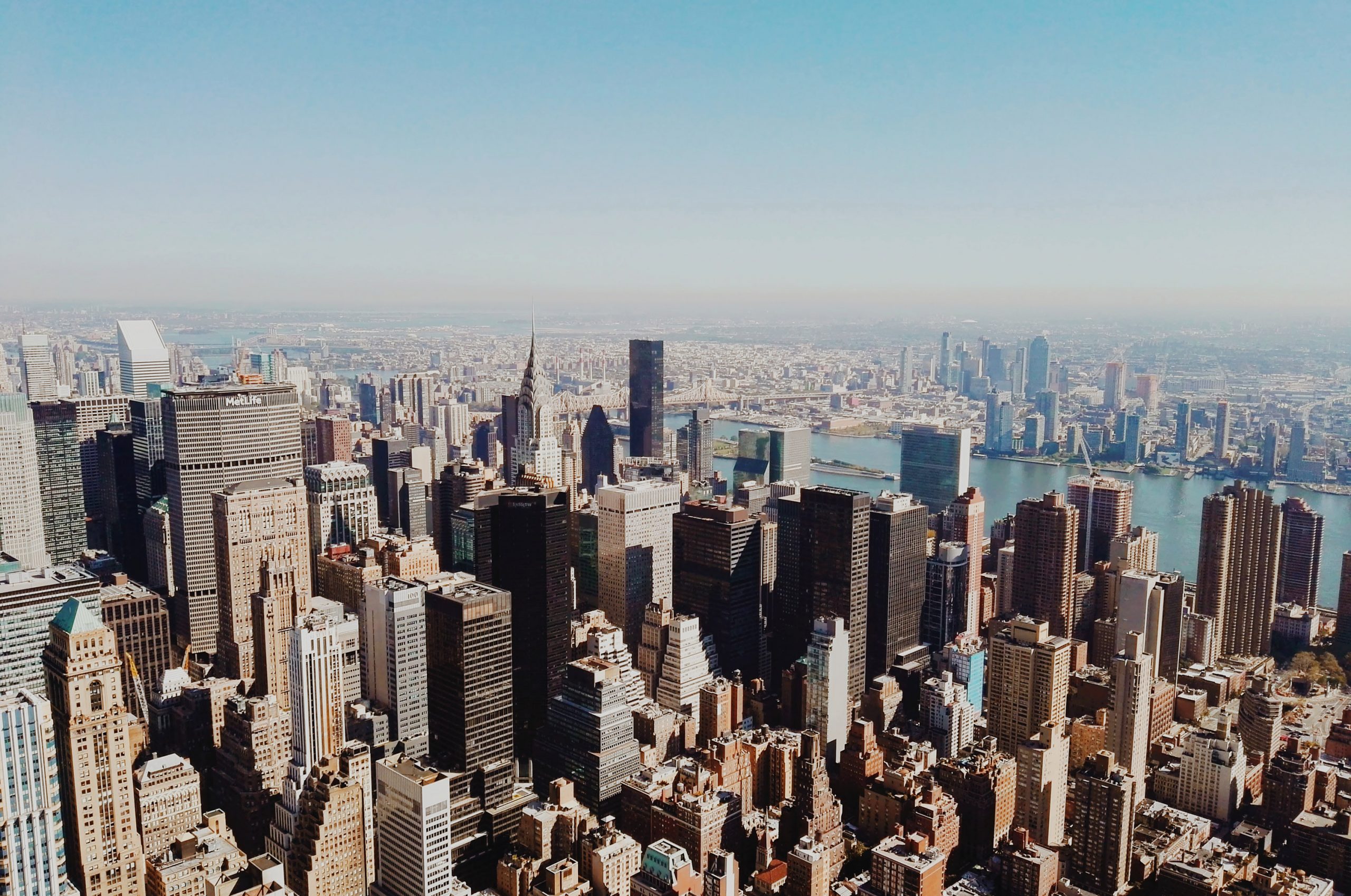 Yes, we actually spent 10 days in New York. Now that might sound like a lot, but there are so many fun things to do in New York. And because it was our Honeymoon we also wanted to sleep in a little or stay out late.

Our days in New York weren’t completely crammed so you can probably do all this in less days, but we wanted it to be a chill honeymoon. And we did a lot of fun things! So I’m going to take you through it day by day.

We arrived late in the day and after checking in at our Air B&B we decided to just roam the city a little.

The second day in New York we decided to visit the Empire State building and enjoy the amazing view. After that we took a boat trip to see more of the city and in the evening we had amazing drinks on the “Brass Monkey” rooftop bar!

Since we were in New York in October a lot of Halloween decorations could be found and I absolutely loved it! After walking around in the neighbourhood a bit, we visited the Brooklyn Botanical Gardens. We also visited the 911 monument which was super impressive.

On day 4 of our 10 days in New York we rented a car at Avis Car Rental. And not JUST a car, we rented a Mustang Convertible and drove around all day. Just enjoying the scenery. We hoped to see all the amazing fall foliage we kept hearing about, but because of the perfect weather the leaves weren’t changing colour yet.

The next day was a Saturday, lots of fun things to do in New York on a Saturday I can tell you! We started the day with a boozy brunch at Boulton & Watt NYC and after that we went to see the Halloween Dog Costume Parade at Tompkins Square. I didn’t take that many photos because I was too busy admiring and petting the dogs!

After the Dog Parade we wandered around the city some more. There’s just so much to see. We went to China Town real quick, but that was just too busy. So after that we walked around the Financial District and in the evening we had booked a slot to go to the top of the Rockefeller Center!

Day 6 was a chill day for us. The weather was amazing so we stocked up on food and drinks and went to Central Park to relax. It was great seeing people walk around, rent boats and feed squirrels. We even had an amazing “show” when a dude proposed to his girlfriend, so cute! We also visited the tiny zoo in the park and afterwards we went for soup dumplings at Real Kung Fu Little Steamed Buns Ramen (yes, that’s the actual name of the restaurant). Because my husband had seen those on TV and really needed to eat them haha.

On Monday, day 7, we slept in and had a long breakfast. After that we went for a stroll in the city and late in the afternoon went to the live airing of the Daily Show!! For those of you who’d like to know more, it’s totally free and you can see if there are still spots available here: Daily Show tickets. They do give out more tickets than they have available because they can’t have a half-empty studio if people don’t show up. So make sure you’re there really early!

In the evening we went to the Barcade. The name says it all, it’s a bar filled with old arcade games and it was AWESOME! My husband got the topscore of the day on the Q-Bert game.

The day after was our 8th day of our 10 days in New York. We visited the American Museum of Natural History which was huge! And after that we went to an ice hockey game. Now, I’m totally not a sports fan, but this was sooooo cool! Just the entire vibe was amazing and I can tell you, ice hockey is definitely not a boring game to watch!

Our second to last day already. On day 9 we went to see the (in)famous Flat Iron Building. We also decided it would be a shame if we didn’t visit a Broadway show. We’re both no fans of musicals, but The Book of Mormon is written by the writers of South Park, so that’s right up our alley! After the show we went for drinks at the West End Bar & Grill.

A little explanation: Not all tickets to all Broadway shows get sold out. For several shows you can show up in the afternoon, leave your name and return at around 16.00h. They randomly select names for the remaining seats. Those seats can be anywhere, so behind a big pilar or scattered around the theater. We were very lucky to get 2 seats next to each other on the second row, but it’s also possible to have an obstruction in your sight or whatever. But the prices for these last minute tickets are SUPER low, so it’s definitly worth giving it a try. The normal price for our seats would have been $150 each, but we paid $30 each!

Day 10 of our 10 days in New York, it’s the last day already.. For our last full day we decided to visit all the things we still wanted to see most. So we walked around Broadway, visited Bryant Park, had lunch at Pershing Square, ate one of the best vegetarian burgers ever at the Harlem Tavern and went for drinks at the Refinery Rooftop Bar with a view of the Empire State Building!

And that was it! That’s how we filled our 10 days in New York. We’ve seen a lot, done a lot of special things and just had an amazing time. We were once again very lucky with the weather too, so our honeymoon couldn’t have been more perfect.

My Picks for a Vacation on the Canary Islands

Archive
Pumpkin sp-ICE latte 🎃 the iced version of a no

A little Autumn on your feed on the hottest day of

IKEA Pumpkin candle review! 🎃 I got so many me

Books with discount! 🖤 I haven't bought a lot